We are absolutely ecstatic to announce the casting of R. Keith Harris as Harmon, the story lead in “Seven Days ‘Till Midnight”!

Harmon is the frontman of “Seven Days ‘Till Midnight”; a typical blue collar family man, conflicted by his current position in life and desperately seeking change. At his core, Harmon is a brilliantly complex man; a deep thinker who often overanalyzes the things that he encounters.

Through the experiences working alongside R. Keith Harris on multiple productions, Director James Suttles, Director of Photography Greg Kraus, and the rest of the Seven Days ‘Till Midnight team all collectively see in Keith the great traits that make up the character of Harmon and then some! We are all very much looking forward to the opportunity to work with him and watch him bring this great character to life!

R. Keith Harris is a prolific and award winning actor, writer, and producer. Keith earned his Bachelor of Science in Radio and Television Production and Theatre from Western Carolina University and his Master of Fine Arts in Acting with a concentration in Film from UNC-Greensboro.

Keith’s tenacity and diversity have led him to a diverse range of roles along side Hollywood’s top talent. With over 50 film and TV credits under his belt, Keith has had major roles in TV productions such as Under The Dome recurring as Peter Shumway, and Halt & Catch Fire on AMC recurring as Dr. Semel, as well as Devious Maids, Nashville and the new Cinemax series Outcast airing summer 2016.

However, Keith is no stranger to the big screen with work in feature films such as Tim Burton’s Big Fish, Dog Day’s of Summer with Will Patton, The List with Malcolm McDowell, Fall Down Dead along side David Carradine, Lost Stallion: The Journey Home with film legend Mickey Rooney, as well as the critically acclaimed film Junebug with Oscar nominated actress Amy Adams.

Most recently, Keith booked major roles in A Walk In The Woods opposite Robert Redford and Emma Thompson, as well as, the feature Elbow Grease opposite Burt Reynolds.  For a complete list of his credits, visit WWW.IMDB.COM. 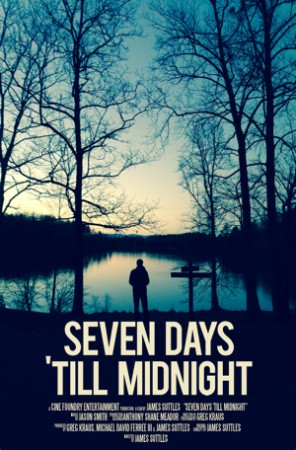